Fortin gets the fourth: another win at the tour of Serbia - Hersh Bike
X
Back to the top

Fortin gets the fourth: another win at the tour of Serbia 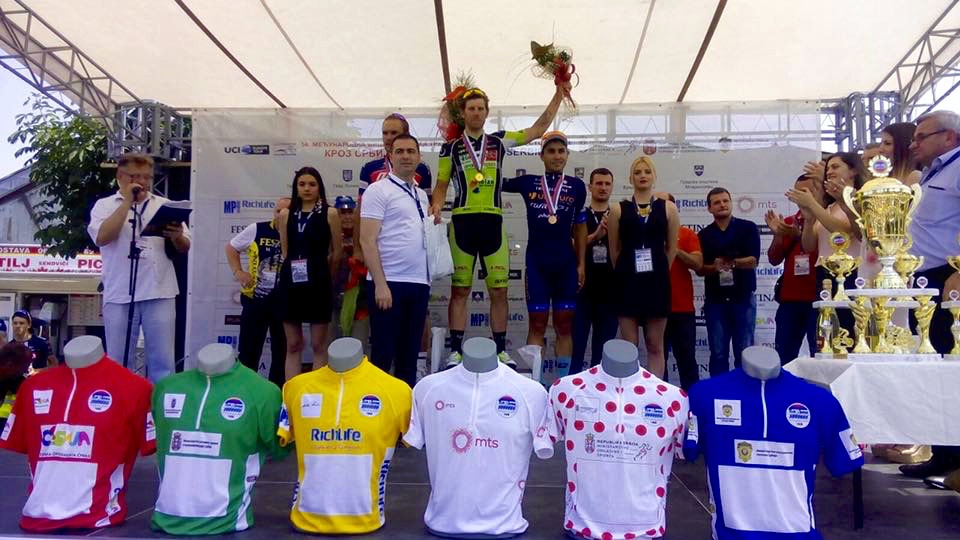 Fortin gets the fourth: another win at the tour of Serbia

Filippo Fortin gets the fourth win of the season: GM Europa Ovini’s leader  managed to win the fifth stage of the Tour of Serbia, 117 km from Sokobanja in Vrnjacka Banja. The race was animated by a breakaway that took off in the early stages, but the opportunity was too good for GM Europa Ovini and for the teams of the sprinters, who did very well in closing the gap from afar. The sprint of Fortin is once again angry and perfect: although the last three kilometres were slight uphill, the #blackandgreen captain could cross  the photo finish in front of of Siarhei Papok (Minsk Cycling Club) and Matteo Malucelli (Unieuro Wilier). Thanks to this success Fortin becomes the leader of the points classification and gained the green jersey. For the Venetian rider that is the second victory in five days: on the opening day of the Tour of Serbia he managed to win the  sprint and in the following days the feelings were always good: on Friday he was  able to obtain a good result despite a puncture in the last part of the race. GM Europa Ovini’s hard work paid off with Fortin’s fourth victory in this 2016. In the overall standings, Antonio Di Sante got a good top 10 ranking. “It was a very difficult sprint, but I was able to do my best – explains Filippo Fortin – I was on Pakov’s wheel, then I saw that Mugerlij was sprinting too. Eventually I saw that the two were paying for the effort and so I sprinted in the last 10 meters. I want to dedicate this sprint to the whole team because it is since the Tour of Slovakia that my teammates have been pulling for me; now I’m first in the points classification  with Turrin and Mugerlij, but I hope to be able to take home this award. “ “I am very happy because the team raced with great power – said directeur sportif Dmitry Nikandrov – Today was the right day to win and Pippo has once again proved to be one of the men to beat when the stages end up in a sprint. Tomorrow we will try to do again well  and to keep the jersey of the points classification.”