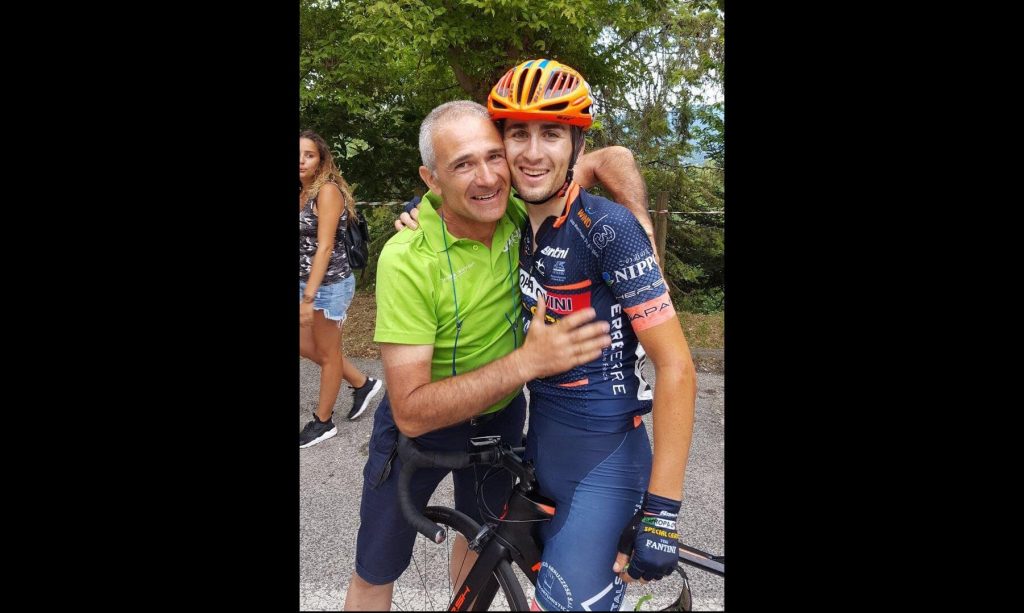 First victory of the season in the U23 season of the GM Europa Ovini – Vini Fantini. The triumph came thanks to Matteo Rotondi, who imposed himself after a perfect sprint. This is a hard won victory, as the Lazio rider had worked hard in recent months to recover from the bad fracture of the clavicle in April.
The Filippo Micheli Memorial was held in Labro, in the province of Rieti, and this makes the triumph of Rotondi even more important because he won in his own region. The race, 127 km long, was full of twists: a long break featured the first part of the race, then, two laps from the conclusion, the work of GM Europa Ovini – Vini Fantini made sure that the group was compact.
Shortly before the last lap, Rotondi tries to lengthen him along with 4 other men, spending a lot of physical energy, but when the attack is resumed he decides to stay on the wheel until the last 500 meters, when he imposes himself with a formidable fast cue. The success came in front of Filippo Fiorelli (Gragnano Sporting Club) and Alessandro Frangioni (Futura Team Rosini).
Matteo Rotondi arrived at the GM Europa Ovini in 2015, when he faced his first season since Under 23, and is his first amateur triumph. “I’m very happy because my efforts have been rewarded – says the Lazio rider – I had to struggle a lot after the fracture of the clavicle, but the placings obtained in the last races had given me morale. This morning, at the start, I was very well and I was good at managing the final, waiting for the sprint. I dedicate this victory to my father Gerardo, to my girlfriend and my little nephew”.
“Matteo’s victory is a great satisfaction for all of us – says Gabriele Marchesani, president of GM Europa Ovini – Vini Fantini – because we have believed in him since the first day and we have always given him maximum confidence. In these three years Matteo has been able to accumulate a great experience in racing and we are proud of the fact that his talent, slowly, is coming out”.