Fortin, victory with double dedication in Serbia - Hersh Bike
X
Back to the top 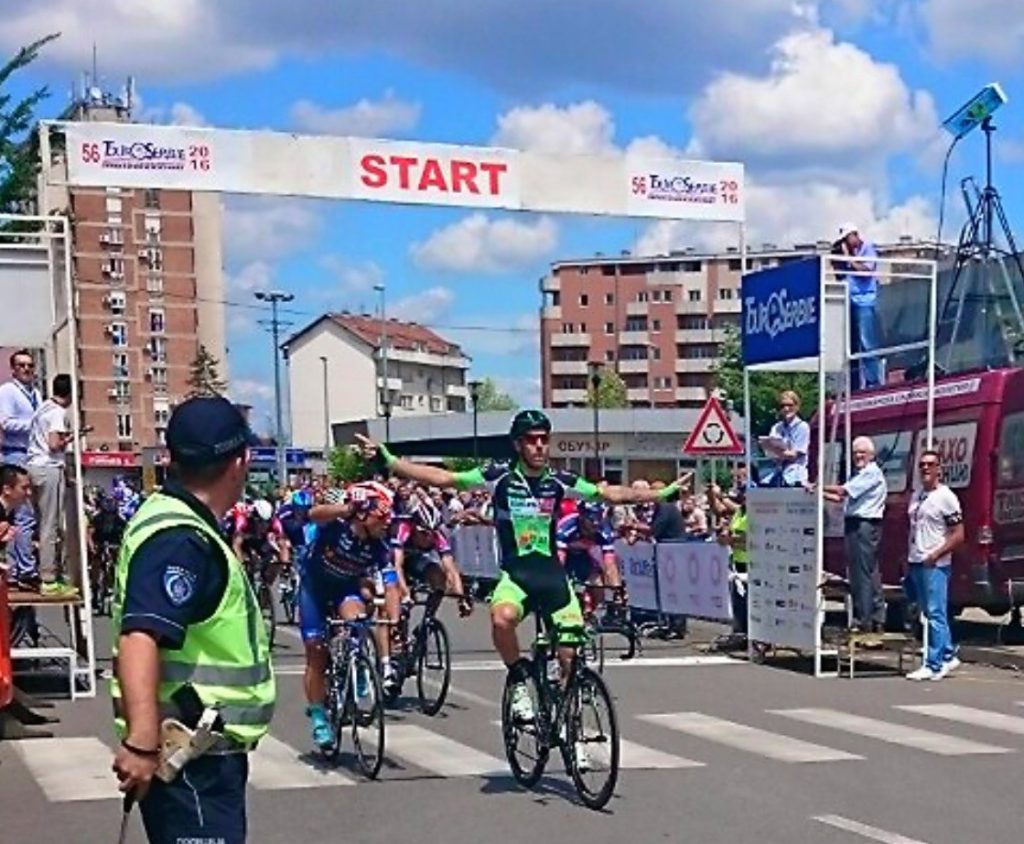 The first stage of the Tour of Serbia is colored with the #blackandgreen colors after the sprint winner Filippo Fortin. GM Europa Ovini’s leader gets his third victory of the season in the first stage of the race that started today with the Belgrade – Loznica of 144 km. An unpredictable stage, as a climb at about 40 kilometres from the finish could mess up the plans of the sprinters teams, but the squad has not crumbled, and after countless placing the Venetian is back to success at the end of an imperial sprint.

In the middle of the stage the GM Europa Ovini did well to control the situation and to participate in two possible dangerous breakaways, the first with Antonio Di Sante and then the second with Davide Pacchiardo. But the group has never left too much space, so, during the final descent, the stage ended in a sprint finish. The team did not make any mistakes, and so Fortin won in front of Matteo Malucelli (Unieuro Wilier) and Ioannis Tamouridis (Synergy Baku).

After the goal, the leader of GM Europa Ovini has a double dedication: “before leaving for the double trip to Slovakia and Serbia I knew that I will become a father, so first of all I would like to dedicate this success to my wife. This morning, before I left, I knew it was our president’s birthday, Gabriele Marchesani: I had him on the phone and we left with the promise that I would make a nice gift. The team was perfect, they did an amazing job and above all managed to stay covered until the last few meters. Now I want to honor this race until the last day. “

Directeur sportif Dmitry Nikandrov comments on the success: “The team did great today. We knew we had to bring Fortin in the sprint to win, but it was important to be prepared when there were attacks because these races are always very difficult. Congratulations to all, because before we were able to enter the two breakaways and then to work out perfectly for Fortin. I think we did a nice gift to the president on his birthday. “

Tomorrow the second stage of the Tour of Serbia from Bajina Basta to Pribojska Baja (106.4 km)